Cambridge Venture Camp -program aims for developing business ideas. It is currently on its 11th round. The program consists of two intensive weeks - the first is executed around Helsinki and metropolitan area. The second week students spent in Cambridge, UK.

The Finnish week has been busy. During the week, participants have been for example studying start up -vocabulary, training pitching, getting to know stakeholder agreements and how to get funding for their ideas. Students also got one on one mentoring.

At the beginning of the week, participants got a life management challenge. As an entrepreneur and during the intensive course it is important to keep sleep, diet and exercise in balance. Students were instructed to focus on one of these for the week.

For the second week students travelled to Cambridge. During the Cambridge week, they heard several local lecturers, had pitch training and for example deepened their customer analysis. The program culminated in a Demo Day in late April, where the students pitched their ideas in front of live audience.

A teacher in Laurea organized the first Cambridge Venture Camp in 2007. Later Laurea entrepreneurs’ society LaureaES organized it. For the last two years, the program has been arranged under 3AMK-partnership between Haaga-Helia, Laurea and Metropolia.

Suvi Lehtonen, who studies business in Laurea has been in charge of the program for two years. She is also a second year chairperson for LaureaES. In her studies, she has been focusing on entrepreneurship, marketing and leadership. She got on board of LaureaES’ activity at the very start of her studies.

- I thought to myself; that’s my place, that’s what interests me, she says.
Chairmanship of LaureaES and running the Cambridge Venture Camp were just a natural continuum for her. There are also teachers from all three universities of applied sciences in charge of the program.

17 students were chosen for Cambridge Venture Camp -program. Students come from different fields and different backgrounds. Their business ideas also vary. Suvi Lehtonen is very excited about the diversity of the group.

Ben Gran, who studies nursing in Metropolia has a business idea involved in kidney diseases. When a kidney disease is in stage five the patient has two options: dialysis or kidney transplant. The dialysis has to be carried out several times per week.

Gran was born in Finland but raised in Australia. He wants to build a van with a dialysis machine. The transportable dialysis machine would make travelling possible also for kidney disease patients. This would cut off for example the time spent finding a hospital and waiting time in hospital.

- They should try and live as normal life as possible and that includes travelling, Gran clarifies.

Erika Vennervirta from Serbia studies in European Business Adminstration -program in Metropolia. Her business idea is to offer an affordable and accessible accounting software. Main target users are people living in developing regions of whom many work as entrepreneurs.

-  Two thirds of them depend on their own business for income, Vennervirta says.

Her idea is to develop an accounting software that doesn’t require heavy machines. A smartphone is enough and almost everybody has it. The software would have some free features, but the whole spectrum would be very low cost.

Both Gran and Vennervirta have been very pleased with Cambridge Venture Camp -program. Especially they have been enjoying the networking and getting to know new people. They have learned a lot in a very short period of time and the program has given them a lot of motivation for the future. 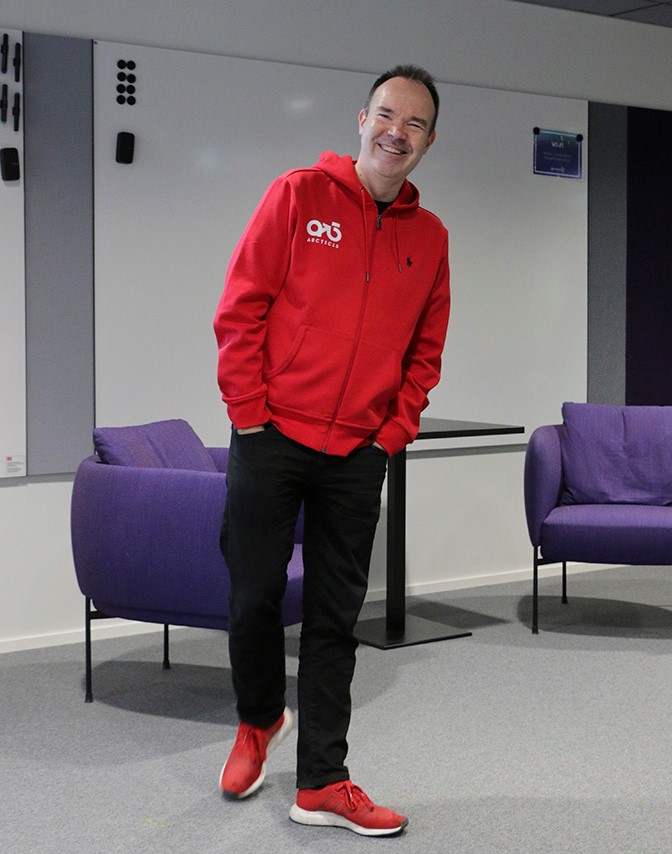 Vesterbacka is known for Rovio Entertainment’s mobile game Angry Birds. Currently he is working as a brand director of mobile game company Lightneer. In addition to that, he works with a prospect of a tunnel project between Helsinki and Tallinn.

Vesterbacka manages all his time himself. He doesn’t use an assistant. Though he travels a lot especially in Asia, he always has a time for a meeting.

- I’m not that kind of a guy who has his calendar booked for the next two years, he says.

At the end of the day, students had a chance to ask him questions for example about entrepreneurship of the tunnel project.

- I think this was a very good wrap up for this week, says Suvi Lehtonen.

Laurea's corona instructions: Only essential workshop teaching delivered on campuses from 12 April to 28 May

Hospitality Management alumnus Hieu: “Be active when you’re looking for a work placement”

Career monitoring survey: Laurea graduates are satisfied with their careers