CERN BootCamp started with kick off days in Tikkurila

Learning café takes place during the kick off days. The aim is to get the students to know the challenger and each other and also build groups around the four challenges. This year’s themes are built around e.g. social decision making, climate change and refugees’ integration to society.

Boot camp is part of 3AMK’s Professional Summer School and is the only one arranged especially for master students. 21 students were chosen for the program and the group will take off to Geneva, Switzerland at the beginning of June. Work takes place in CERN research center’s facilities.

One student from University of Helsinki is also onboard on this program. CERN BootCamp is organized together with Helsinki Institute of Physics.

CERN is known for its research on particle physics. This student group though will work in IdeaSquare, which is a group work space based on open science and innovation. In CERN research center students can also use the expertise of CERN employees as well as other organizations in Geneva. For example Red Cross head office, United Nations’ Europe headquarters and World Health Organization WHO are all based in Geneva.

The idea came from a student

CERN BootCamp originated from a proposal of one student. Master’s student in Service Innovation and Design -program had heard that CERN organizes courses and events for master students. This student found contacts from CERN: Markus Nordberg and Tuuli Utriainen.

- We discussed where we could find a multidisciplinary group of students and with Jukka we noted that this could fit into 3AMK cooperation, Kaartti says.

The work group consists of teachers, experts and researchers of Haaga-Helia, Laurea, Metropolia and University of Helsinki. They work as coaches during the boot camp. In addition to that, Markus Nordberg and Santeri Palomäki from CERN coordinate the boot camp and work as contacts between students and CERN staff. 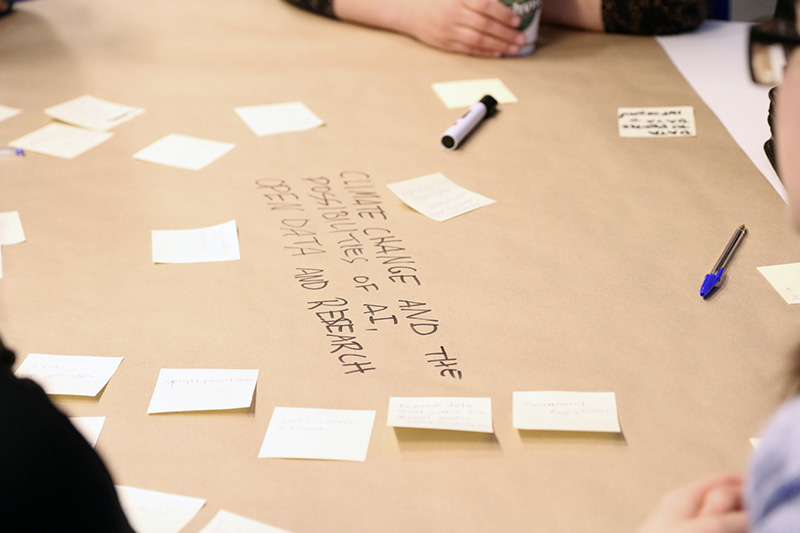 Tiina Silvonen who studies information systems in Haaga-Helia got interested in CERN BootCamp because of its topics.

- These are infinitely important topics. Take climate change for example; it gives me anxiety because one can’t do anything about it, she says.

Silvonen is also excited about the boot camps concept where you look for solutions together and truly focus on them. Silvonen believes that during CERN BootCamp it is possible to develop real solutions. For the most part she looks forward to learning more about group work and service design methods.

Cameroonian Odelle Ngum Aluh studies health business management at Metropolia. She is very happy to be part of CERN BootCamp and looks forward to working in a multicultural environment and learning from another.

Aluh is especially interested in theme around refugees’ integration. She herself has faced many challenges as an immigrant in Finland. Aluh moved to Finland to study in 2007.

- I hope that in this learning process I will be able to bring in a solution that can make a difference in the society, she says.

Though the takeoff to Geneva is not until June the group still has a lot to do. During the following weeks, they will collect and analyze data. In Geneva the data collection continues but with a help from CERN and other organizations’ expertise. After the brainstorming, testing and prototyping groups should have a solution proposal to be introduced at the end of the boot camp.

More information about CERN BootCamp from the blog.

Nurse alumni Parisa: "I feel like my job is meaningful”

Isidora Sofronijevic: “Business Management is a versatile field where you can combine several of your passions”